The Empress goes on a stylish tour. 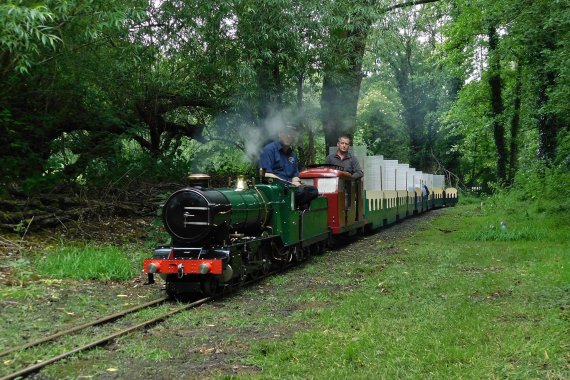 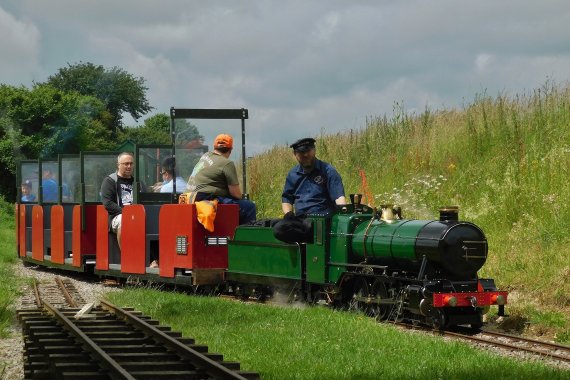 The Empress @Ropley. Taken by SatNavDan.

10 1/4 Bullock Pacific "The Empress" after receiving a new coat of paint has been out and about visting two railway galas. Her first visit was to The Watford Miniature railway where she performed alongside resident locomotives "Pilgrim", "Marri" and "Conway Castle" and additional visiting locomotive "Edmond Hanney" from Hastings Miniature Railway.

The gala had a treacherious start with the first day of the event being flooded out after heavy rain. Though fate was kind to the volunteers of Watford and the second day of the gala was able to take place. The Empress performed very well and was popular with visitors and other crews alike.

Following a fun and exciting weekend at Watford The Empress embarked on her next adventure by paying a visit to the Ropley Miniature railway. Where once again The Empress worked alongside Hastings resident "Edmond Hanney" working a top tailed trains along their track. As well passing fall size steam locomotive counter parts e.g. resident 7F locomotive no. 53808. Unfortunatley an oppoturnity to get a photo of them running side by side never materialised. Maybe next time!

Another succesful weekend down and The Empress will soon be home again at Eastleigh. Though I'm sure her or one of her Eastleigh shed mates will be heading out again in the near future!